Not very bright.  Losing the light.  Shadowy.  Not dark, but not light. 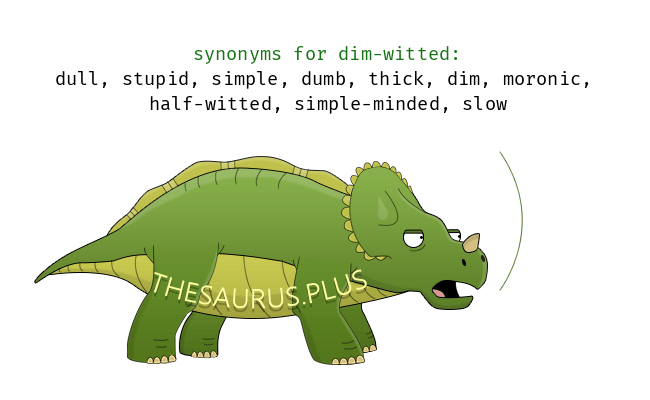 That’s how I’m feeling this morning.  Not very bright.  Not even my delicious coffee has done its magic on my sleepy brain.  Restless night, dimwitted me.

And that’s all I have this morning. 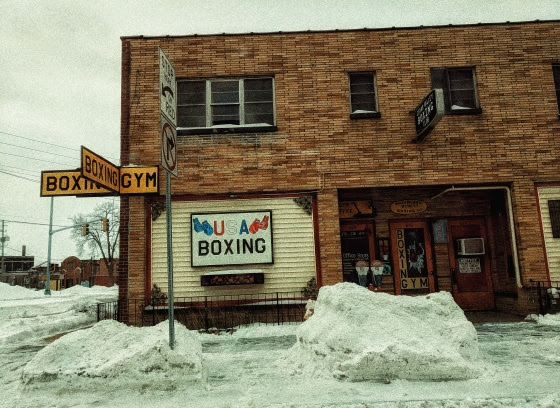 “Ugh!  More snow,” complained Zing.  “And this snow is cold and  dirty.  Antiquated fuels, I suppose.”

Zang  agreed, but he was focused on something else. “Is this a factory for making boxes?”

They watched as mostly young men came and went. Some had very large gloves hanging over their shoulders, and they pushed and shoved at each other, laughing and joking, even punching each other’s arms.

“Why do they need such big gloves?  How can you make boxes if you can’t use your digits?”

“I don’t understand. What a strange place.”

“I saw the little girl again. She’s tracking us.”

John had been sick for several years. His heart first, then a series of small strokes.  Several surgeries had weakened his body, and his last stroke made it impossible for him to live at home.  His worst nightmare was coming true.  He was being transferred directly from the hospital to its connected nursing home.

His mind wavered between reality and the land of dreams and memories, but he never lost sight of the God he had loved and served for so many years.  He knew heaven was his next and final stop, and he looked forward to it.

Except he didn’t want to leave his wife of over 51 years.  When you’re married that long, you ought to leave together.  She was so faithful, coming every day to spend hours with him, talking, holding hands, sharing a kiss now and then.  When he fell into his afternoon sleep, she would leave to tend to other chores, but she would be back to share his evening meal and stay until he slept for the night.

John’s premonition that death was near grew stronger each passing day.  He dreamed of seeing his father standing  strong and well, smiling and waiting for him.  He had other dreams, not always so pleasant, of life experiences he rarely talked about–the war years, in a submarine, as a torpedo man were especially troubling.

Sometimes he made no sense, saying things he would never have said if his mind had been normal.  Once, when his younger daughter came to visit, he thought she was his wife.  It took a little persuading to convince him she wasn’t.

One morning, as his nurse finished helping him shave and bathe, he looked right into her eyes and said, “You won’t have to do this for me again. I’m going home today.”

The nurse smiled, tucked him in for his nap, and quietly left the room.

He fell asleep, and woke up in heaven.

Premonitions are usually considered a negative thing.  This one wasn’t, though. John was ready, looking forward to seeing the Lord, knowing his life was truly just beginning.

Joelly knelt on her thin mattress, gazing out the smeary window as the rain made tracks through grime.  Shivering, she pulled her only blanket around her shoulders and settled down to watch for her mom to come home.

It was very late. Joelly’s eyes kept closing, but each time she felt herself  sliding down to the mattress, she shook herself awake and resumed her vigil.

“Joelly, honey,  how come you are always so sleepy when it’s time to get up for school?  Don’t you sleep well?”

And Joelly would shrug and  grab her back pack as she headed out the door.  She couldn’t tell Mommy the truth. Mommy had enough to worry about.

Each night, as she kept her vigil, Joelly would use her imagination to create a life for her mommy.  She worked as a hostess in a glamorous restaurant.  She  was an actress in a famous theater.  She helped take care of babies in the pediatric ward so the nurses could have a break. She helped out in a shelter for people who had no place to live.  She passed out food to street people.  She helped the police look for lost children.  She was so beautiful, she worked as a model for a photographer who could work only in the evening. She was so smart, she probably helped kids who needed a tutor.

There was no end to the possibilities. Joelly would finally hear the click of Mommy’s key in the front door, and with a sigh she would lie down under her blanket and allow herself to fall asleep.

She dreamed of all the things she imagined.

Do you know someone who seems to know something about everything?  That person is conversant with many things.  Doesn’t mean he’s an expert; just that he  knows something about a lot of different things.

We used to call such a person a Jack of all trades, master of none.  It’s good to be conversant with  several things.  I mean, most women I know have many talents. We have to. We are called upon to do many things in the course of a day, and we usually manage  quite well.  We care for children; we pack a lunch for daddy; we clean, cook, do laundry,  pay bills, shop, entertain, drive all over the place–and that’s just for starters.  But most of us have something with which we are truly conversant, something we love to do, and something we do better than the average bear 🙂

Big switch now:  My Terry is truly an expert, conversant with all sorts of ways to fix all sorts of things.  It’s his gift. And he loves doing it.  I’m dreading the day he is no longer able to do all that he does to keep things operational around here.  In our 48.5 years of marriage, I’ve never, ever called a repairman.  If Terry doesn’t already know how to repair whatever is broken, he’ll learn.  He’s become quite proficient as using You Tube to learn all sorts of things.

He’s my Jack of all trades, master of many 🙂 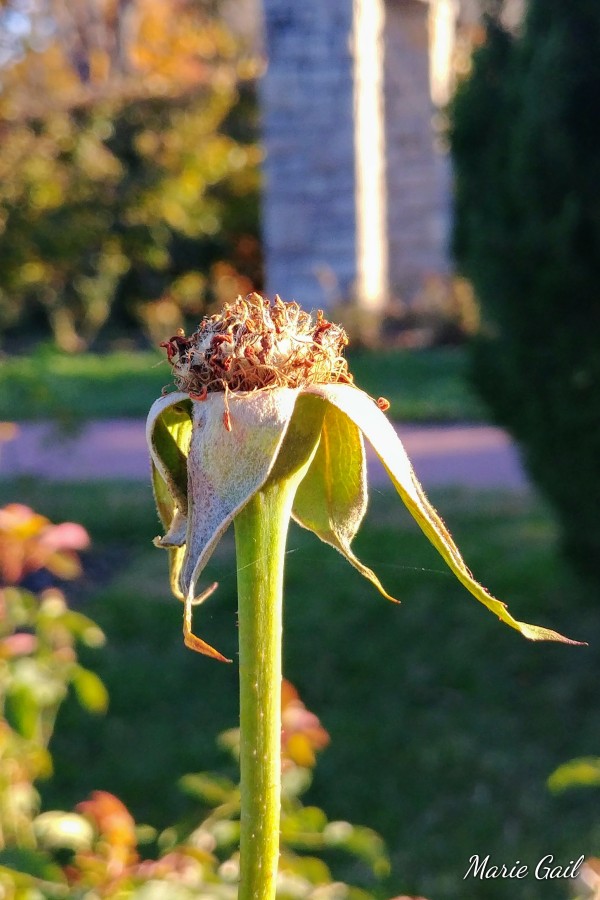 “Why do the most beautiful seasons of the year carry this horrible stuff that makes me so miserable?  Spring and fall, I sneeze until I just want to die!  Pollen!  Awful stuff!”  And Violet sneezed  again into her already soggy tissue.  Her eyes watered, her head ached, her sinuses dripped.

“Well, I suppose we could find a desert and go live where there isn’t any pollen.  I hear there aren’t as many allergens, for instance, in the deserts of Utah or Arizona.”

“Oh but then I’d miss my beautiful roses!”

I like the definition faithful, loyal, true-hearted.  Guys, if you want a wife like that, find a girl named Constance who actually lives up to her name.

The word comes from two roots.  Con  means with.  Standere is to stand firm.

That’s who I want to be.  Someone who stands firm with things that are important, things that make life worth living, even things worth dying for.

We tend to look at compromise as a negative thing, weak, backing down on your principles. But it doesn’t have to be weakness.  When used properly, compromise can solve difficult situations  that are not easily solved.

For example, our Congress is the result of a very smart compromise. There was a valid concern on the part of less-populated states that every decision in  government, based on popular vote, would be won by the larger, more populated states. Put in today’s terms, that would mean that New York and California would be running the rest of the country, based on the number of representatives they could send to Congress.  There are those today who think that would be just peachy, but I can’t agree. I do not wish to be governed by either New York or California.  Seems to me they aren’t doing a terribly good job of governing themselves.

Anyway, our founding fathers came up with the idea of a bicameral congress.  The  Senate would be comprised of two Senators from each state, giving equal representation no matter what the population of each state was.  The House of Representatives, on the other hand, would be populated according to the number of people in each state.  Right now, that’s about 700,000 people represented by each popularly-elected Representative in the House.  Originally, Senators were elected by each state’s legislature.

It’s been a good compromise, for the most part.  Nothing is perfect.

Here’s another example of compromise:  The much-debated Electoral College.  It’s based on the same premise as Congress is.  The heavily- populated states would carry every single election if the count were by popular vote only. The big cities on each coast would rule the entire country.  I don’t know about you, but that seems like a very bad idea to me. It certainly would not represent all the people in the “fly-over” area between the East and West Coasts.

Here’s an interesting explanation of the College, how it works, and why the popular vote in each state IS important:

All savvy politicians know that winning depends on getting 270 Electoral  College votes, and that’s why they put so much time and effort into winning the so-called “swing states.” If you’re pretty sure you’re not going to win the states with the biggest populations, then you have to go after all the ones in between in order to get that electoral college vote you need to win the day.

Compromise. Done right, it’s a great tool.  Just don’t compromise on your ethics, morals, faith, or any other principles that are based in the truth of the Word of God.

Did you mean present, as in “I’m here”?  Or, as in the present time, being right now?  Or are we talking about a gift, as in a Christmas present?  Or is the emphasis on the second syllable, as in “I’m going to present you with this award”?

No wonder people who didn’t grow up speaking English think English is the hardest language in the world to learn.

Even some native English speakers get confused. 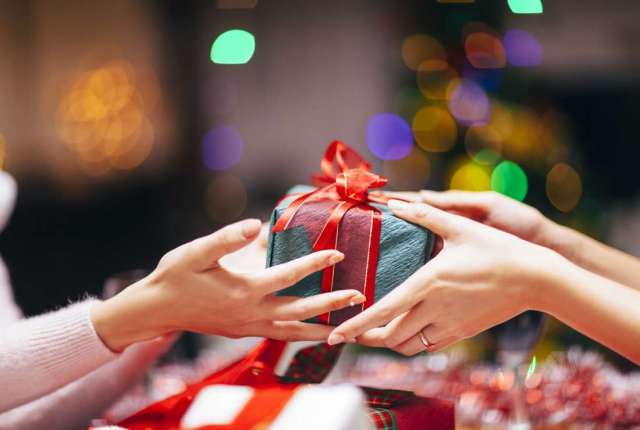 An unknown presenter presents a present to someone else who is also present at the present time.

I had to do a quick search to remind myself  who Rube Goldberg was.  I discovered that we share a birthdate–July 4.  Only he was born in 1883.  I’m not quite that old.

He was brilliant, a gifted and creative genius.  Engineer, inventor, cartoonist,  he carved a name for himself in the history of zany inventions.  None of that explains why someone who is rather doltish and naive is sometimes referred to as a Rube, so back to Google I went.

Aha.  It derives from the name Reuben, and denotes a country bumpkin.  No connection to Rube Goldberg.  And, I think, a rather unkind  derivative of a perfectly good name.  Reuben must have been a popular name amongst country folks for a while there.

And then, of course, I was reminded of this old song: