If it’s autumn or winter where you live, what are you most looking forward to doing next summer? If it’s spring or summer where you are, what has been the highlight of the season so far for you?

In mid-April, two of my closest friends and I took a trip to Gulf Shores, Alabama. You can read all about it here from April 10-17.

Next up?  A mission trip to Slovakia with a team from my church. I’m leaving Friday to spend a little over a week there, and  you can follow that adventure here starting Friday or Saturday, as I have time and access to wifi.  That means I won’t be posting on this blog for a little over a week, and I’m going to miss reading all the daily prompt responses.  Pretty sure I’m going to be too busy, and probably worn out as well 🙂

This photo is from the High Tatras.  I don’t think we’ll be going there, but it’s so beautiful I decided to include it.

Think about the generation immediately younger or older than you. What do you understand least about them — and what can you learn from them?

Let’s go for older, because I have so much respect for so many of them.

They lived through the Depression in the 1930’s, and then were swept up  in the cataclysm of World War II.  They came home from the war, men and women alike, and got down to the business of rearing families, earning a living, and returning to whatever their pre-war normal had been.  They enjoyed the economic freedom of the 1950’s, and they were on the edge of the incredible changes about to take place because of the digital age.

What I understand the least about them is their stiff-upper-lipped attitude about the horrors so many of them experienced in the war.  Most of them never talked about the really bad stuff.  There’d be stories, of course, but they were amazingly silent about the things that their nightmares were made of.

What I understand about them most is their work ethic. Back then, you stayed with the same company or job all your working years, if you could. Loyalty was valued. Honesty, being on time, giving a full day’s work for a full day’s pay were standard.  Men took care of their families.  They were stand-up guys, trustworthy and strong. Women enjoyed the conveniences of a different age than their mothers had known.  Automatic washers and dryers, dishwashers, vacuum cleaners–all these things made housekeeping less work than it had been for the previous generation.

I remember how excited my mom was when Dad brought home a vacuum cleaner.  They didn’t have money, so he’d picked up a used one somewhere that he was able to fix up.  It seemed magical to have the dust picked up so quickly and easily.

I also remember when Dad brought home our first TV.  Huge cabinet, teeeeeeeny tiny screen.  Black and white, Rabbit ears. You had to learn to work the buttons to keep the picture from rolling or going otherwise wonky on you. It was, indeed, magical, bringing a whole new world right into the living room.

When Mom didn’t have to use a wringer washer any more, she was ecstatic.

I know I’m making it sound like a sort of utopia, and I understand that it wasn’t that perfect  in every corner of America.  But it was a time before innocence was lost, when you didn’t worry about your kids being outdoors without your supervision; When they played until it was too dark to see, and they had to come indoors and wash up to go to bed.

We looked forward to the next day’s play in the summer, always eager to scoot outside before it got too hot. We weren’t sedentary, surgically attached to all our electronic devices.  We ran, roller skated, jumped rope, played hide and seek, got up ball games on the school playground without any parents there to coach or criticize.  The world was our oyster. Growing up was fun.

What I learned from my own parents?  Well, Mom grew up wearing flour sack underwear, and knowing how to make a chicken stretch 16 different ways.  I learned from her that you make do, and you’re thankful for what you have.  You take joy in life, and every day is a new day. From my dad?  Love of God, love of country, love of family, faithfulness to the work God had given you to do.

I’m glad I’m part of the Boomer generation. I think we had great privileges, and still do. We watched the change from the rotary dial phone to the iPhone; from the science fiction room-sized computer to the tablet; from unreliable aerial TV to digital flatscreens, from sweating buckets in the s ummer to central airconditioning, from bulky typewriters to computer keyboards.

Makes me wonder what’s coming up for the next generation, and if they’ll even have a clue what it was like before electronics. We didn’t take all those changes for granted.  I’m afraid they do, and if there should ever be a catastrophe that will throw us all back to learning to live by the sweat of our brows, they’re going to be in trouble.  I hope some of us oldies are still around to show them how to survive.

You receive some wonderful, improbable, hoped-for good news. How do you celebrate?

I have no idea!

We aren’t party people, although we may call nearby family and a few friends to come and share  a meal with us to celebrate our good news. I would definitely call my overseas family, and my South Dakota family.

Other than that,  I doubt we’d do much. We’ve reached the age where our first thought is not to party, but to just hug the good news to ourselves and enjoy it, sharing it with those who care about us as the opportunity arises.

Nothing spectacular going on here today 🙂

Take It From Me

What’s the best piece of advice you’ve given someone that you failed to take yourself?

“It will help your depression if you  avoid sugar, get outdoors in the sunlight, do some weight-resistance exercise, walk, ride your bike, focus on eating whole, non-processed foods.  Get enough sleep. And try to de-stress your life.”

Easier said than done, on all counts. Old habits are hard to break, and we here in the land of McDonald’s and Burger King have developed a serious craving for high-fat, high-salt, high-sugar food. And for sitting. Endlessly. 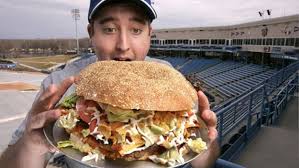 It’s killing us, not just in terms of blood pressure and diabetes, but also in relation to our moods.Not saying that depression didn’t exist before all these modern poisons, but it’s certainly increased in this hurry-up world we’ve created.

And no, I haven’t always taken my own advice.  I try.  I do better, then I do worse. A lifetime of poor habits, of “sitteritis” on the job for many years, has not helped my physical or emotional health. I haven’t struggled much with depression, really; just enough to know I don’t want to go there.

It’s obvious that the cure is lifestyle-related, and that we can all do better. Just, somewhere, we have to find the motivation before we’re stuck in a wheelchair and unable to help ourselves.

Well.  I’m just a bundle of cheer this  morning 🙂

You have to be kidding me. If 6 a.m. is a golden hour, I’m missing out on something.  Four days each week, I’m up at 6.  Tuesday, Wednesday, Thursday are work days; Sunday we have a 40-minute drive to church.  I’m up early on all those mornings.

It infuriates me that my body clock seems to have set itself to 6 a.m. on days when I don’t need to be up that early.  I do fall back to sleep, but it’s restless, and I’m in that zone between sleep and awake that doesn’t really let you enjoy being in bed.

I’m a morning grouch. Just leave me alone and I’ll be fine in half an hour or so.  But if you’re all chipper and Tigger and you try to cheer me up in the morning, I may have to hurt you.

It’s for your own good.

Hurting you may prevent me from killing you.

You make a new friend. Make them a mix tape (or playlist, for the younger folks) that tells them who you are through song.

Songs are a lot harder to pick, since there are so many that I enjoy. Let’s see.

The Blackwood Brothers Quartet with Rudy Atwood at the Piano:  I Will Meet You in the Morning

George Beverly Shea:  I Found the Answer, I Learned to Pray

The Cathedrals Quartet:  Too many to mention here.

Perry Como:  Catch a Falling Star and Put it in Your Pocket

Connie Francis:  Where the boys Are

Many others too numerous to mention

Musical scores:  The Sound of Music; Anne of Green Gables; many others

Vocalists I enjoy have already been mentioned, although they are not the only ones.  My tastes are eclectic, but do not range into  today’s pop artists. Seems to me that melody lines are limited and repetetive, with lots of “uh-huh” and “oh yeah” for fillers.  Too many singers tend to over-vocalize, using ten notes where one used to do the job quite well. I guess I’m just old-fashioned.

I really should include some favorite hymns as well, since that’s a category I failed to mention. But to do that, I’d need a whole hymnal that I could just cut and paste onto this post 🙂  I still love “Praise God from Whom all Blessings Flow,” “The Church’s One Foundation,” “A Mighty Fortress is our God,”  along with gospel songs like “How Great Thou Art,” Amazing Grace,” and “What a Friend We Have in Jesus.”

Classics.  They never become stale, boring, or out of date.

Open the first photo album you can find — real or virtual, your call — and stop at the first picture of yourself you see there . Tell us the story of that photo.

Terry had wanted a Corvette as long as he could remember.  It was always out of our reach financially, but still, it was his dream. One day about five years ago, he heard about a ‘Vette that had been sitting in a barn most of its life, and the owner was selling it for a song. So he contacted the man, and I won’t bore you with the details, but we got our Corvette.

This picture was taken in the previous owner’s business yard the day we went to get the car.  It’s a 1985, and it had only 8000 miles on it.  Needed a paint job, but other than that it was in great shape. We love it.  We take it out only when the weather is good, and our grandkids enjoy getting a ride whenever we take the car down to their house. We’ve also enjoyed the connection with other ‘Vette owners, who always give each other a friendly wave when we cross paths on the road.

There’s just something about a Corvette  🙂