I went to the study to study my study guide.  My studied concentration did nothing to clarify the information, and I fell into a brown study as I studied  material that made no sense to me.

So I studied on the idea of a cup of tea and the book I’m reading, and it seemed like a much better idea.

A brown study.  What an interesting phrase.  Here’s a little description:

Brown does refer to the colour, but it seems that in the late medieval period it could also mean no more than dark or gloomy and it was then transferred figuratively to the mental state. A study at that time could be a state of reverie or abstraction, a sense of the word that is long since obsolete.

And that’s all I have this morning.

Carving out a path.  A river carves a path in many different directions.

Carving out a peace treaty.  Carving a friendship.  Soap carving.  Ice carvings. Decorative carving on furniture or any other wood in the house.

I remember the beautiful wood in a house we rented when I was in 3-4 grade. There was a built-in buffet, with a mirror, posts on the sides, and drawers for storing linens and so forth. 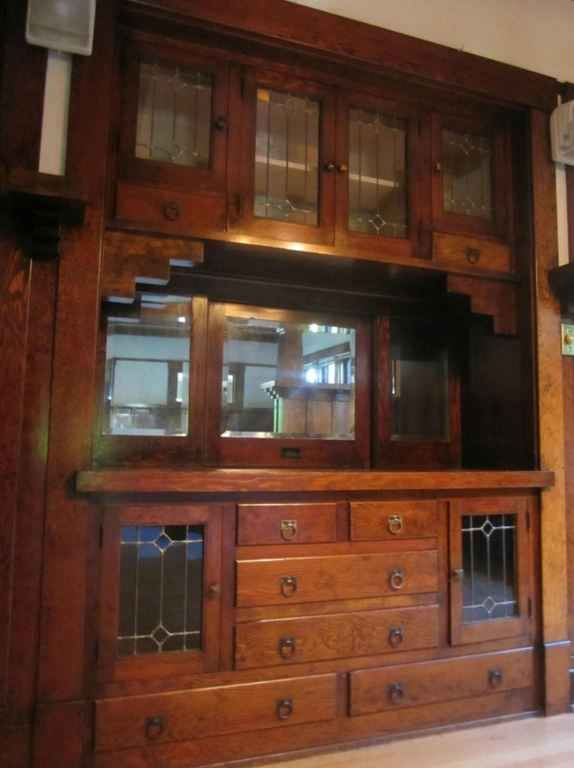 Not exactly like ours, but it has the same feel.

The dining room table had wonderful carved feet, just about the only things I enjoyed dusting.  I would crawl under there and go to all sorts of places in my imagination while I wiped the dust away. 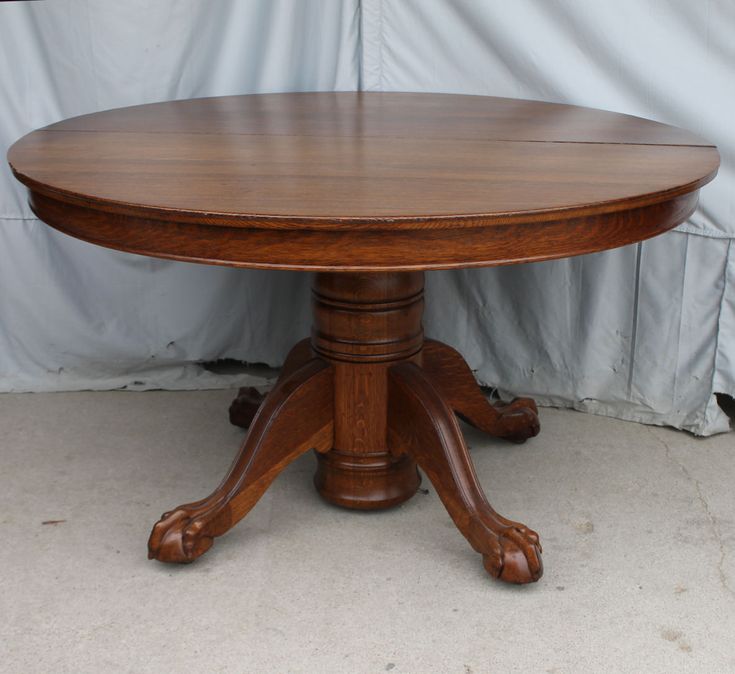 Again, not exactly the same, but similar. And there were extenders that made it an oval table when we had lots of company.

We had what we called an end table beside our sofa.  Looking back, I’m wondering if it was a pie crust table. It was pretty, with carving along the edges and in the wedges of the table, as well as on the pedestal.

Well, looking at the pictures on Google images, I don’t think it was a pie crust table.  But I did find one that is similar to a table in my office at work. It has that harp in the pedestal, a very pretty piece. 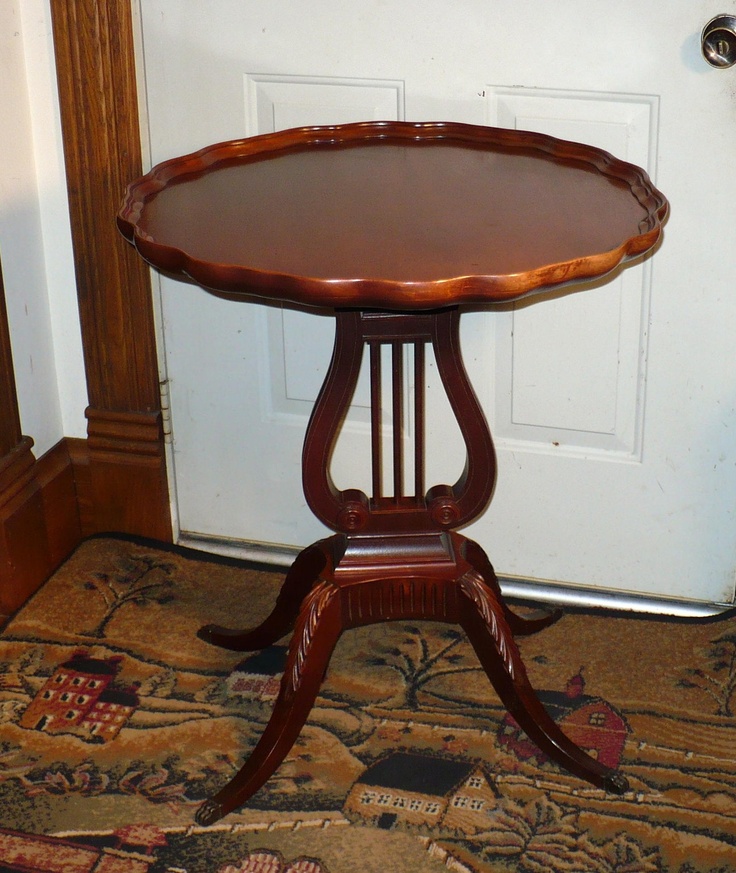 Wood is so beautiful, and the artisans who carve it are amazing to me. So is the English language, actually. So many uses for just one little word.  Amazing.

So when I was maybe 19 or so, this kid who was 18 informed me that he thought I was the epitome of pulchritude.

Epitome I  understood.  Pulchritude?  Nope.  Never heard that one before. So without reacting in any way because I didn’t want to show my ignorance, I went and looked it up.

Does is sound like something you would want someone to say about you?  It didn’t to me, either.

To my surprise, it means beauty. Really?  How could such an unattractive word mean that?

But it does. Comes from the Latin root pulcher, which means, well, beautiful.

Don’t worry, I didn’t get the big head. The guy was just working on his vocabulary, I think, and anyway he wasn’t my kind of  heartthrob. He was also very busy squiring several other pulchritudinous young ladies around campus.

Anyway, this is supposed to be about epitome.  I’ve always like that word.  I like that each syllable is pronounced. Ee-pit-oh-me. Comes from the Greek epitemnein,  which means to cut short. According to Merriam-Webster, it first appeared as epitome in print around 1520.

When I googled  for an image for epitome,  I got a whole slew of pictures of a car called a Laraki, whose links I was not allowed to reproduce.  Then I found this, which was billed as the epitome of elegance.  Yes. I can see that.

So how did it come to mean the tiptop example of anything?  Well, originally it meant quite literally to summarize something by picking out only the highlights, as in a critique of a book or play. A critic, for instance, would mention only the best part, using it as a come-on for people to read a book or see a play or hear a piece of music or view a work of art. And so it morphed into the way we use it now. An example of the very best.

For those of you who dislike this sort of academic wandering into etymology, I do apologize. I can’t help it. I was an English teacher.  I love words.

I found a new one today in my search for all this fascinating information. Foozle. It means to manage or play awkwardly.  He foozled that play and lost the touchdown. She foozled her routine on the floor competition and lost the gold medal in gymnastics.

Gotta love a word like that.  Foozle. Say it ten times in a row, fast. If you’re not laughing, you foozled it.

Create a new word and explain its meaning and etymology.

Here’s one I’ve been using for quite some time, due to my work and my observation of mental health practice:

It’s a combination of, obviously, pills and ubiquitous.  Pills are often the easy answer to  everything, and Big Pharmacology keeps putting out oceans of new pills to meet our every need.

P.S.  Perhaps a disclaimer is in order.  I am not 100% opposed to the use of medication mental health practice.  There are instances in which it is clearly indicated, and even necessary  if the patient is going to have anything like a normal life.  Bipolar Disorder fits that category.  People who have Bipolar Disorder often do very well if they are compliant with their meds.

What I’m trying to point out here, though, is that we are too quick to use medication instead of common sense, and Big Pharm is just fine with that.  There are other effective treatments, for instance, to relieve anxiety and Post-Traumatic Stress that are not dependent on the use of medication. The same is true for many cases of depression.

I just think we’ve gone way overboard.  We won’t put up with the smallest discomfort, physical or mental/emotional, if we can find a pill to relieve it. Therefore, we no longer understand how to deal with certain situations unless we have medication for it.

And my disclaimer has now become longer than my original post.  Good grief.