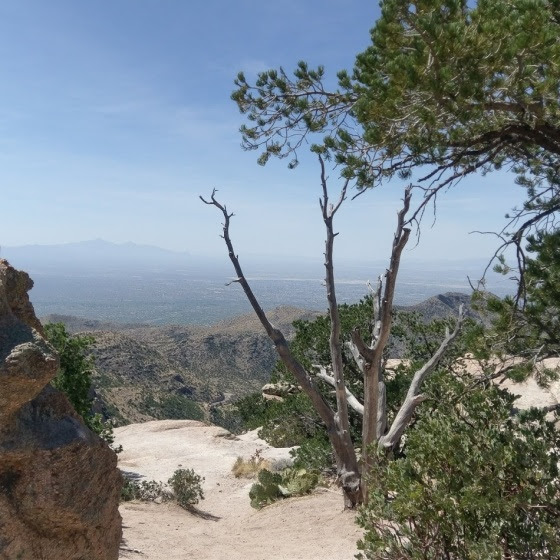 He stood gazing across the land that unrolled to the far mountains.  His long black hair, secured by the band around his head, blew in the gentle breeze that tugged and pulled at him.  He inhaled slowly, savoring the scents that rose from the ground, the underbrush, the trees.

In his mind, he replayed the stories of his ancestors as they lived and died in this same land. So much joy, so much pain, so much lying, so much death.

Time to go home. Back to the reservation.

(I hope you won’t mind if I leave Zing and Zang waiting in the sidelines now and then. This picture  was so evocative, partly because of a book I’m reading, that the story insisted on being written.  Zing and Zang, with Zinnia, will return when the photo prompt doesn’t take my heart and mind in a totally different direction.) 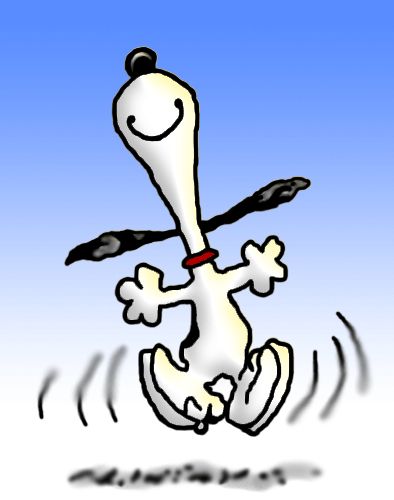 There are a lot of people for whom safety is the key to everything they do.  If it doesn’t seem safe, avoid it.  I think that’s kind of sad.

Now, mind you, I’m not a person who goes seeking ways to get hurt.  I observe safe driving rules; I look both ways before I cross the street to get my mail.  I make sure my skirt isn’t tucked up into my waistband before I leave the bathroom. And as I age, I’m more careful about things I never used to think about, like running up and down the basement steps. Not any more. Careful, careful.

Big HOWEVER here:  Life just isn’t a safe space, folks.  I shake my head is wonderment at the Snowflake generation who want to insure that there are safe spaces for them when they don’t get their way.  Who on earth came up with that silliness?  And how did it happen?

I was taught that when things don’t go your way, you pick yourself up, brush yourself off, and start all over again. I think there’s a song like that. An oldie, for sure:

Anyway, how DID all this happen?  Ah, I’m so glad you asked.  Here’s what I think, and I understand that it’s not politically correct or safe for me to say it:  We have taught our young people that they should have every single thing they want, every single time. We give them trophies just for showing up, for pity sakes!  We TEACH them to be entitled cry babies  who use their First Amendment rights to deprive me of mine.

We have taught them that “safe sex” means they can have sex all they want, just make sure the government pays for birth control because, after all, it’s your RIGHT to have sex, and the government is supposed to look after your quest for happiness. Doesn’t it strike you as strange that women don’t want the government interfering in their “right” to abortion, but they DO want the government to pay for what keeps them from getting pregnant?  Talk about the ME generation!

Sit in my counseling office with me for a few days, and you’ll see that the whole  attitude toward sex-as-a-pastime isn’t working out very well.  Take a look at the most recent stats, for instance, on STD’s.  It’s enough to make you hair stand on end.

It’s not just about sex. It’s about our sense of entitlement to do whatever we want without having any consequences attached.

Safety is an illusion.

All the people who died on 9/11 thought they were perfectly safe that morning.

All the people who died in the Las Vegas shooting thought they were safe, too.

Every time you sit in your car, you are risking your life.  Even if you never leave your house, every day brings with it the possibility of fire, earthquake, tsunami, hurricane, tornado.  Life did not come with a guarantee of perfect safety.

We need to quit worrying and fussing and wrapping our poor little babies in layers of blankets that make them sweat just because we are so fearful that they’ll be sick if we don’t.

We need to live our lives with gusto, with purpose, with confidence and joy, and quit worrying about all the bad things that could happen. And when bad things do happen–as they will–we need to endure, and then rise up and start all over again.

The puppy in my granddaughter’s life is more than playful. His personality is so energetic, playful, friendly, excitable, that his whole body wags with his permanently-wagging tail. He is so full of joy when anyone at all enters the room that he can’t contain his happiness.

He’s irresistibly cute, so you just have to bend down and pick him up. He starts twisting around to lick whatever his tongue can reach the minute he’s picked up. I hate dog tongue, so we’re having to curb that habit.

He loves necklaces.  Yesterday I was wearing a very long string of pearls that I had looped three times. His wiggly, squirmy legs and tail got caught in the loops, and I had to call for a rescue team to get us untangled. What you’ll see in the video is not our puppy, but he has some similar markings.  They’re all different, because they’re a mixed breed.

He does settle down.  He understands the word settle along with a firm tone of voice and a steady hand. But you can almost feel the energy coursing through his little body as he waits for his next opportunity to do his own unique version of the happy dance.

He’s responding very well to my granddaughter’s training. He sits, stays, comes, on command. She has also taught him “down”, which means he’s to lie down flat. He also knows off, although he doesn’t like it one bit. He’s bred to be a lapdog, and he’s determined to get an early start on his career. He’ll also lift a paw for shake, even though he seems a little confused about why on earth he’s doing it.

I love to watch him run to chase after a toy or one of his people. He bounces.  Cutest thing.

I am always intrigued by the way words in the English language can mean totally different things, or at least have several different connotations.

No one wants to be abandoned.  Abandonment raises many counseling issues, and tends to color a person’s whole life in shades of black and grey. The abandoned person feels worthless, isolated, guilty.  If a child is abandoned by a parent, lifelong struggles with the results of that can twist his life.  When an adult child abandons an elderly parent, the hopelessness is painful to see.

We think of abandoned pets, abandoned houses that deteriorate and are finally condemned. Abandoned train stations and rail yards  proliferate across our landscape, and are often the settings for interesting photography.  Abandoned mines cause sinkholes; they are dangerous in other ways as well. An abandoned graveyard is surely one of the most  eerie places in the world!

We love to see children play in abandonment of all reality. They laugh, they run, they turn cartwheels and somersaults and return to their homes dirty, sweaty, and elated.

God created His world with great abandonment.  Look at the next sunrise or sunset.  Look at the Grand Canyon.  Look at whales, and then look at a microscope slide of a tiny cell. Gaze at the highest mountains, soak in the ocean’s vastness.  Look up and be amazed at the stars and the Northern Lights. Look down and consider the worlds beneath our feet.

Surely we love our grandchildren with abandonment. We take such joy in them, just in  looking at their precious little faces when they don’t know we are watching.

To be abandoned is tragic. To live and love with abandonment is great joy.

You get some incredibly, amazingly, wonderfully fantastic news. What’s the first thing you do?

The news was incredible!  Hard to take in, hard to process.  The moment would stay etched on her brain and in her heart until the day she died.

When she was a child, she would have jumped up and down and clapped her hands, dancing all over the room. Her face would have been covered by her smile, her eyes shining with joy.

But there wasn’t any Tigger left in her tank, and although the joy was still just as consuming, she had become quieter with age. So she smiled, and she grew deeply, intensely quiet.  Her eyes still shot out happy sparks, but there was no dancing.

Although, with the ginormous needle of cortisone the doctor put in her hip yesterday, maybe there could be a little dancing.  Just a little.

Tell us about a time things came this close to working out… but didn’t. What happened next? Would you like the chance to try again, or are you happy with how things eventually worked out?

Carrie was in love. Permanently, deeply, irrevocably.  This was THE ONE. She had never been so happy, so full of the joy of everything. Even the deep cold of a midwestern winter couldn’t freeze her bursting heart. Perfect. In a perfect world, a perfect life, a perfect relationship with a perfect guy.

In the spring, she learned he’d been seeing someone else the whole time she’d thought he was just as dedicated to her as she’d been to him.

At first, the shock kept her from feeling the worst pain of her life.  While her brain tried to absorb the betrayal, her heart tried to keep from shattering from the pain, her body kept moving through her daily tasks. One day followed another, and she survived. But there was no joy. She was seeing flaws in her perfect world, realizing that there was a lot more grey than she’d ever noticed before.

Spring rains gave way to summer flowers, blue skies, and  new people populating her landscape.  Her old friends, some of them, disappeared with HIM.  Some of them stayed, telling her they’d never trusted him and that she deserved much better. Slowly, slowly, as August drifted into September and September joined October, she began to see the beauty again.  The colors of fall had always lifted her spirits, and she loved the crisp, cool air and the frosty nights when she could pile on the covers and sleep as soundly as a hibernating bear.

In November, her dad introduced her to an average-looking guy from his work.  He’d been invited to have supper with the family and then to spend some time working on a presentation with her dad.

He was nice. He blushed every time he looked at her.

She kept glancing at him, glancing away when he caught her looking at him.

“Good grief,” she thought.  “He’s just a guy from the office.  He’s probably a complete geek. Probably has no conversation whatsoever. Boring.”

Then her dad suggested they–Carrie and the guy–might enjoy a walk before the men settled down to work. Carried wanted to sink through the floor!  Her DAD was setting her up?  Good grief!

So they walked.  His name was Tom.  Boy.  How original was that. But she discovered he had a great sense of humor, and that he actually could talk about things other than computers.  As they turned back toward the house,  he asked her if she’d like to go for a ride sometime in his GTO.  Candy-apple red.  The car AND his face!  Sure she would.  How about Friday night?  Great.  It’s a date.

This one’s not a player.  He’s too shy, not flirty and cocky.  Who knows?

Who knew?  Forty-five years later, Carrie was still in love.  Permanently, irrevocably, deeply in love with Tom. He was THE ONE.