There are 26 letters in the English language, and we need every single one of them. Want proof? Choose a letter and write a blog post without using it. (Feeling really brave? Make it a vowel!) 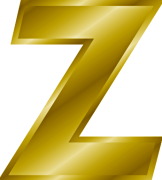 I’m too tired and too much of a chicken to try writing anything without one of the vowels.  I’m taking the easy way out and leaving “Z” out of my post.

I wrote the other day about my license being expired (whew!  I almost chose to leave out “x”!)  and promised you an update.

The first couple of days were frustrating, as I was shunted from pillar to post in my quest to find some help.  I wrote emails to several different places, and everyone seemed to just want to pass the buck.

Finally I found a teeny weeny little “contact us” on the website where I took the course for the required Ceu’s. Practically needed a magnifying glass to find it.  I wrote to them, got a nice note back that they were forwarding my email to their help desk. The help desk, in a very timely manner, informed me that they were re-uploading my information to the state that afternoon, and they think they know why there was a problem.

In spite of the fact that the addresses are the same, the birth date is the same, and the license number is the same.

The problem?  Computers, of course!  They’re only as smart as they’re programmed to be, and the idiot computer didn’t reconi_e (first Z so far) my name without the middle initial.  Brother.

So they resubmitted my info yesterday, and I’m hoping that’s going to solve the problem. I’ll know in  a couple of days, once their computers have had a chance to figure out if my name is my name.

The year is 2214, and your computer’s dusty hard drive has just resurfaced at an antique store. Write a note to the curious buyer explaining what he or she will find there. (Thank you for suggesting a similar prompt, Auntysocial!)

“According to the date stamped on this thing, it was manufactured 200 years ago.  What is it? What was it used for?”

“Well, Sir, that’s what they used to call a “hard drive” back in the old days.  These antiquated pieces of computer hardware were filled with little dealies called “chips,” and they were wired into the computer and they made everything else work.  Lots of information could be stored in a hard drive, but of course nothing like we can do today.”

“What good are they now?  I mean, the technology is so old, I can’t imagine how they’d be useful—well, unless you can unearth an equally old and cumbersome computer to go with it.” Laughing, the customer tried to imagine what such a machine would look like, and the room it would take up. He thought of his sleek machine at home, of the screen that could be flashed off or on against a blank wall; the ease of simply speaking into the microphone while the computer memorized and recorded every word, even faithfully recreating voice intonation.  He had heard of something called a “keyboard” that was set up so the user could “type” words onto a program and then “save” it to this hard drive thingamajig.  Cumbersome way to do work, he thought, and was thankful he lived in a more advanced age.

“Sir, I believe we can retrieve a lot of interesting history from these old hard drives.  You may even be able to learn things about your own ancestors, if you ever came across a hard drive one of your ancestors once used. After all, they lived pretty long for their time, sometimes up to 90 or even in rare instances, to 100.  Amazing, isn’t it, how short their lifespans were?  They did manage to accomplish some pretty amazing things, considering how backward they were in science and mathematics. I see it as a new twist on the old-fashioned archeology they loved so much, digging around in the ground to learn about ancient people.  All we have to do is repair an old machine and pop in an old hard drive, and we have an entire life history at our command.  Can you imagine, they even used to write love letters to each other that could be read by millions. Used something they called “Facebook.”  Or “social media.”  Odd way to make friends and fall in love, if you ask me, but it was a strange world back then,”

“For sure.  Interesting, though.  They thought of themselves as being quite advanced.  Pity. They wouldn’t know how to get around in our world, would they?  Well, thanks.  I think I’ll take this, find an old computer somewhere, and play around with it.  Never know what I might find out!”