early 17th century: from Latin contactus, from contact- ‘touched, grasped, bordered on,’ from the verb contingere, from con- ‘together with’ + tangere‘to touch.’

Contact.  To touch with.  My mind is flying in SO many different directions!  It’s like  a flock of mosquitos all zeroing in on different targets.  I can almost hear the whining of hundreds of  those nasty little flying fortresses.  Let’s see.

Okay, here’s the first mental picture I get for  “to touch with.”  It’s my granddaughter’s little dog.  He’s a Cavachon, a cross between a Cavalier King Charles Spaniel and a Bichon Frise.  Here’s  a puppy: 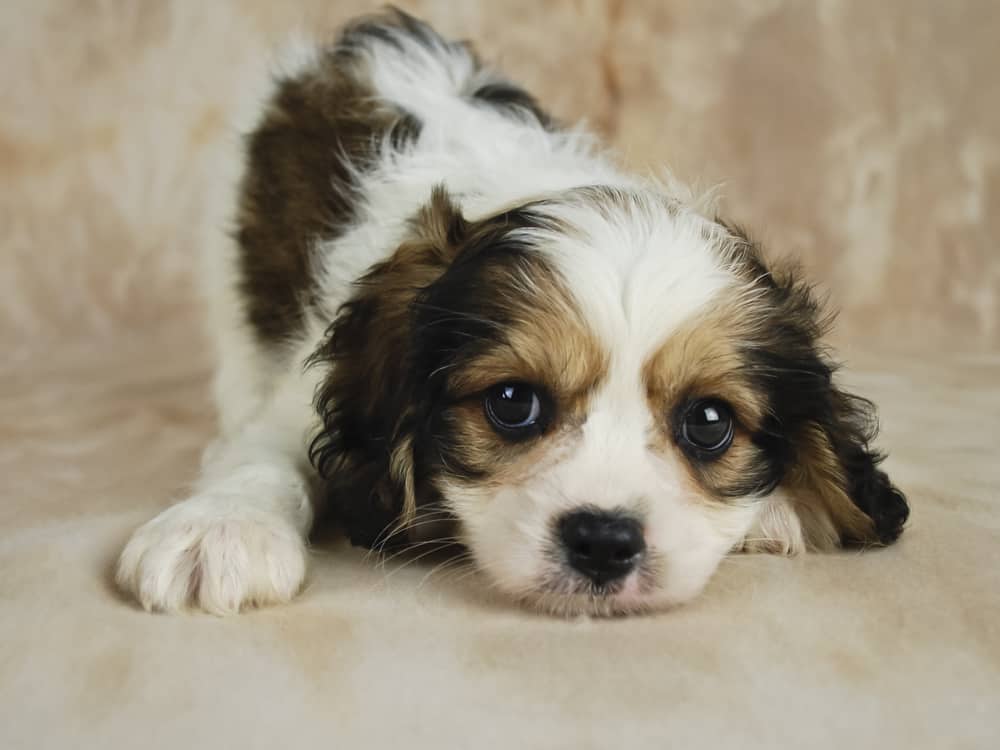 And here’s a full-grown dog:

So what’s special about these dogs?  Well, it’s all about the contact.  They love to be touched, held, cuddled, petted.  Cavaliers, after all, were bred to be lap dogs.  The Bichon  is also an ultra-friendly dog, loves kids, loves everybody 🙂  They’re easy to train,  and they don’t smell bad or shed too much.

With both these dogs the contact is the important thing.  My granddaughter’s dog walks into the family room where several people are sitting, checks out the  possibilities, and makes his selection.  He jumps up on the most inviting lap, looks at the owner of said lap with great affection, and snuggles in for a while. If he gets ear-scratched and otherwise indulged, he’ll stay.  But if he doesn’t get his due attention, he’ll transfer to someone else.

The thing is, no one rejects him or refuses him his lap time. He’s lovable, and not demanding at all as long as he’s being touched in some way.  Often, he’ll stretch out next to his chosen person with the length of his back up against his person’s leg.  He’ll nap, giving and receiving comfort just from the touch.  The contact. He’s a great little dog, because he gives back to his chosen person. And he shares himself happily with whoever seems to want him.

2 thoughts on “A Touchy-Feely Story”