Actually an abbreviation of Zoological Gardens  in London, this is really a prefix for having to do with animals/animal life.  It’s just easier to say, “Let’s go to the zoo,” instead of, “Perhaps we could observe the specimens in the Zoological Gardens, my dear.”

Our kids always enjoyed the zoo, wherever we found one. The Philadelphia Zoo is pretty amazing. They could never get me to enter the reptile house, but other than that it was a fun outing. There was also a very respectable zoo in Norristown.  Not sure if it still exists.

We went to a petting zoo in upper Michigan many years ago. The kids enjoyed being so close to the animals, including local wildlife. The deer were so pretty. 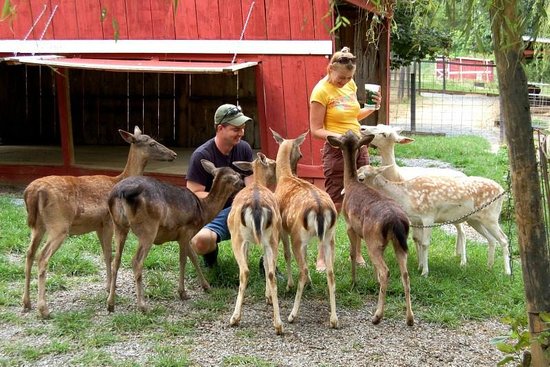 And so toxic. Our second-oldest son, who was maybe five at the time,  complained that his neck was itchy.  I looked, and sure enough the back of his neck was erupting in hives. We put ice on it, and didn’t think much more about it.

Later that night, his big brother brought him to our bedroom.  He was laboring for breath, and we realized that he was having a severe allergic reaction. Rushed him to the ER, where they got him fixed up pretty quickly.  Apparently it’s pretty common up there to be allergic to deer dander. It was a frightening experience for me, having had no experience up to that point with allergic reactions to anything. If I’d recognized sooner what was happening, we would have saved the poor kid some pretty scary minutes.

You know, it’s amazing to me how one little word can trigger so many memories.  Maybe it’s because I’m old.  Lots of years of memories tucked away in my grey matter 🙂