One word, two distinct meanings. On meaning is to rest, relax, restore. It’s pronounced  like you would say  wreck-create.

They are tearing down statues, rewriting history books, putting the whole emphasis on what this country has done wrong.

What puzzles me, as one looks at the whole panorama of the history of the world, is why these people are so focused on the destruction of America when, in truth, there is nothing new under the sun.Since time began, the history of mankind has been one people- group rising up against another, displacing the weaker group geographically if not destroying the very existence of  that group.

This pattern of growth, monopoly, attack by a stronger nation, destruction/assimilation/displacement, has been going on roughly since people tried to build a tower thatwould reach to God in heaven, and God said “No!”  And he confounded (confused) people’s ability to understand each other’s speech, separating them into groups that shared the same language and beginning the formation of nations. 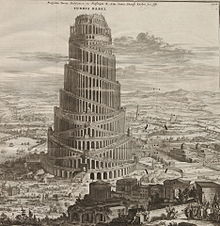 Huge leap forward in time, to the era of discovery and trade via sailing ships that would eventually circle the globe.  Europeans began the overwhelming task of  living in the New World, where Native Americans (I’m including the entirety of the New World here, not just the USA)  had been consistently warring against each other, cutting out human hearts in sacrifice to their gods, pushing each other around geographically, killing each other off.

Revisionist historians don’t tell us much about that. They like to start at the point at which the first European stepped onto the shores of the New World and enslaved, lied, cheated, and brought disease to the innocent, loving, peaceful natives. The message that comes through clearly is that white Europeans are responsible for all the evils of the world.

It doesn’t matter who captured and sold and enslaved whom–what matters is that slavery has always existed, and it has always been horrible.  Romans enslaved Greeks. Many, many of the earliest Christians were slaves in the households of the Romans and the Greeks.

The European settlers of the New World did not create slavery. They were wrong to employ slavery, and I’m not defending the practice of slavery wherever it exists.  I’m beyond thankful that slavery no longer exists in America.

Oh. Wait. Yes, it does. Sex trafficking is slavery, isn’t it?  Helpless women and children taken against their will and forced into a life that you and I can’t even imagine?  That’s slavery.  Why don’t the revisionists who yell and scream about how horrible America is  have some rallies and violence against THAT slavery?

Maybe it’s because Mr. Soros and his ilk have no interest in spending their money on something that simply doesn’t matter to them.

It’s all about power, people.  It’s about power and money and the imposition of so-called progressivism  on the greatest nation in history, that has offered more opportunity for success to more people than any other nation in the world, ever.

“America is great because she is good. If America ceases to be good, America will cease to be great.”

It doesn’t surprise me at all that as I was searching for the exact quote and spelling, I ran across several  claims that he never said it, that it is now being referred to as “The deTocqueville Fraud.”

Nothing is sacred to those who hate my country.  Nothing is as my generation learned it about American history. The revisionists, the recreators, they know the truth.  They have created a whole new history, and they’re managing to pass it off to our children and grandchildren as the ONLY truth.

It is interesting that while they attack true American history, they also attack the Bible, Christianity, and God Himself.

We need to think about that.