Most of us are surprised and shocked when something scary goes down right in our own neighborhood.  In spite of all the violence that surrounds us these days, it usually happens elsewhere.  Over the weekend, the violence was local: 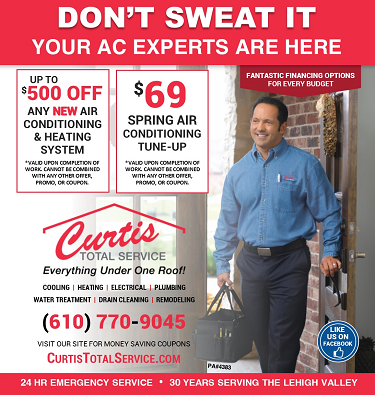 UPDATE: Shortly after 1:30 p.m. Upper Saucon Township Police issued a statement on their Facebook page advising residents of the area that the suspects in the earlier police shooting have barricaded themselves in a home off Limeport Pike at Pollit Lane. “We are dealing with a police incident in the 5000 block of Limeport Pike where a male and female armed with a handgun fired at police just before 12 p.m.,” police said. “The male is armed with a .357 caliber handgun. … You may see Police in the Curly Horse (and) Afton Village (developments) and the area of West Hopewell Road who are present to secure our perimeter. If you live in the area please stay inside and lock your homes. We will send an update when the incident concludes. Limeport Pike will remain closed between Chestnut Hill Road and Saucon Valley Road until further notice. Thank you.”

According to the Facebook page for the website Newsworking, area roads were shut down after two people reportedly shot at police and fled following a traffic stop.

A SWAT team was dispatched to a home near the golf course on Limeport Pike and a state police helicopter was reportedly hovering overhead in the area.

Motorists should avoid the area for the time being and residents of the area should use caution.

It’s over now.  It ended with the shooters killing themselves.  I suppose things are getting back to normal now, but I doubt that anything will stay the same as before this incident.

2 thoughts on “In Our Own Backyard”