The picture of the dog that accompanied this prompt put me in mind of the new dog in my granddaughter’s life.  He’s a Cavachon–a designer breed cross between a Cavalier King Charles Spaniel and a Bichon Frise.  He looks more spaniel than Bichon, and he’s just about the cutest little dog I’ve ever seen.

This isn’t her pup.  I pulled this picture off Google images.  He is, however, very close in resemblance.  They’re all different.  Some look more Bichon.  Some are all white, or all brown.  I think this is the cutest combination.

King Charles Spaniels were bred to be lap dogs, and Andy is  running true to form.  He’s a puppy, so he wants to play. He loves to chase, tussle, and roll around with all three of the kids.

But he’s definitely my granddaughter’s buddy.  She feeds him, takes him out, grooms him, and trains him.  He watches her wherever she goes, and when she’s not home he’s very unhappy until she comes back.

He has a cooperative temperament.  She’s already taught him to sit, stay, and come.  She’s working on heel, and I think she’ll probably teach him some fun tricks like shake and roll over.  I think he’s four or five months old now, and she’s only ten, so I think it’s pretty remarkable that she’s taught him so much already.

I’ve never had the fun of watching a child develop that close bond with a new puppy before.  We got a dog when our kids ranged from six to 13, and he loved playing with them. However, his closest bond was with Terry, because it was Terry who took care of him while he taught the kids what they needed to do. He was a spaniel as well–a Springer–and he was such a fun dog. He loved the snow, and when we walked in the woods he would find an intriguing snowbank and bury his nose in it , digging furiously. Sometimes all we could see was his tail 🙂 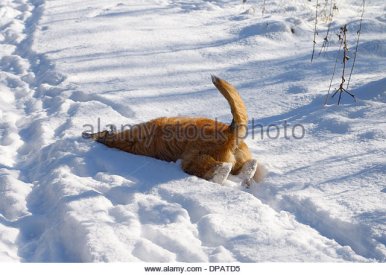 Watching this relationship develop is so much fun. Educational, enjoyable, and just fun. My granddaughter is never very far from her puppy, and he always knows where she is.  If he runs off to check out a noise somewhere, he’ll come bouncing back to her right away.  I’ve seen him turn in circles looking for her, and when he spots her he’s off, straight as an arrow. His tail never stops wagging unless he’s asleep, and he falls asleep instantly, as puppies do.  He cuddles up in her lap and takes a short nap, and then he’s ready to play again.

He’ll always be a lap dog. Cavachons don’t get very big, so he’ll always be comfortable curled up beside her or across her lap.  I’m sure, as they both grow up, that their “buddy bond” will strengthen.  Here’s to a long and happy  relationship.