Murphy’s Law says, “Anything that can go wrong will go wrong.” Write about a time everything did — fiction encouraged here, too!

Dori didn’t know how to drive. Her dad was an old-school guy who didn’t figure females had any apptitude or need to drive.  He did relent on that score as the years rolled by, but not when Dori was in high school.  No driver’s ed for her.  No girl was going to drive HIS car!

She got along pretty well without being able to drive, but it was a pain having to always depend on others.

Then she met The One, and he couldn’t believe a girl of 20 didn’t know how to drive, so he decided to teach her.  The amazing thing is that they got married anyway!

He had an old VW. This was about 1968, you see, and every third car on the road was a VW.  He also had a 1964 GTO, and when he asked her which one she wanted to learn, guess which one she chose?

Of course, the GTO.  She was not a stupid girl.

It was an automatic, which was good because she really wasn’t terribly mechanically minded. Still, he was patient because it was new love, and they actually had fun laughing at all her first efforts.  Once she was proficient with the GTO, he decided it was time for her to learn the VW.

He lost a little bit of his patience.

This one was a stick shift, so she had to learn to finesse the clutch, when to shift, why to shift, and when to let up on the clutch and all that other stuff.

There was one fiasco after the other.  One time she was tooling along a back road, feeling pretty confident, when he suddenly hollered, “STOP! STOP! Put on the brake! NO! NOOOOO! . . . .

See, when he hollered, all her brains leaked out her ears, and she totally lost her mind. Instead of using the brake, she shoved her foot down on the accelerator. Remember, it was just a little VW.  What she hadn’t seen was the railroad track, old and unused and unmarked, that crossed her path.  When she accelerated, the VW leaped forward and landed squarely across the tracks—and came to a dead stop.

She sat there feeling stupid, and angry.  Not a good combination.  If only he hadn’t scared her to death by yelling, this wouldn’t have happened.  Obviously.

He was furious.  First time she’d ever seen him really mad.  It was pretty impressive, actually, and she watched intently while his red-head complexion went from ruddy to purple  which, by the way, was not a good color for him.

He slammed out of the car, yelling (again!) for her not to touch ANYTHING until he said so. 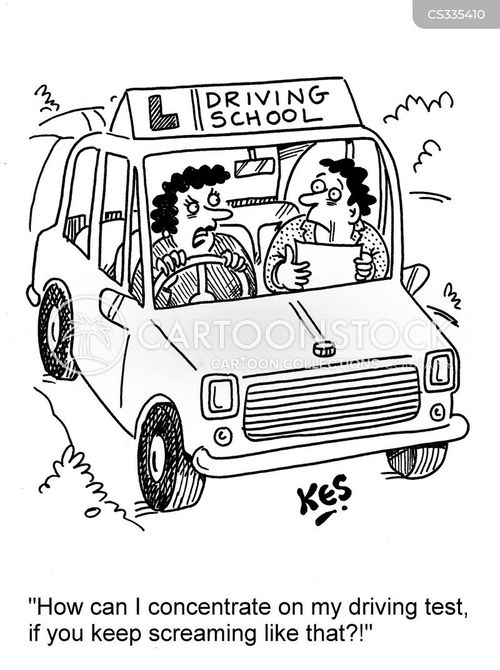 He shoved, he rocked the car, he muttered and steamed and whistled. She sat there kind of enjoying the show, if we’re going to be honest.

Then, headlights came up behind them.  He ran around and stood between the car and the oncoming vehicle, which turned out to be a big pickup truck. The truck stopped.  Two manly men stepped out, sized up the situation, and doubled over laughing.

He did not join in their mirth then.  Not until it was all fixed.

It didn’t take long for them to do whatever manly men do. The VW was safely moved to the other side of the tracks, male backs were slapped all ’round, and he got back into the car.

He turned to look at her.

“Don’t you have anything to say to me?” he asked.

“Really? After what you did?”

“What I did?  What I did?  Are you serious?  This was YOUR fault because you SCARED me and I didn’t know what to do!  And then you LAUGHED at me with those hairy macho dudes and I wanted to DIE!  So I missed the brake and hit the gas!  Didn’t YOU ever do anything dumb when you were learning?  Did big hairy hunks of testosterone come by and LAUGH at you?

“No, I don’t have a thing to say to you except we’re changing places and I’m never, ever driving anything again. Ever.”

Well, the years have passed and we don’t mention The Incident, because he’s still disgusted and I’m still embarrassed.

Nevertheless, we’ve managed to live happily mostly ever after.

Oops.  I forgot I was writing this as fiction.

8 thoughts on “Learning to Drive”