Clichés become clichés for a reason. Tell us about the last time a bird in the hand was worth two in the bush for you.

Oren was hungry. He hadn’t eaten in three days, unless you were going to count the  little bit of foraged vegetation he’d chewed for hours. Not much gut-filling nourishment there.

Besides the hunger, he was cold. He needed new boots, new mitts, and new hood that would help protect his face from the wind that sniped at his nose and cheeks.  He was usually a skilled and reliable hunter, always bringing something back to the camp to put in the pot that bubbled day and night.  Since he’d left camp three days ago to hunt the tundra that he knew so well, he’d never come close enough to any game, bird or beast, that  he could shoot with his bow or sling. More than once, he’d run for several miles as he followed tracks through the snow that led nowhere, disappearing like a ghost in his dreams. 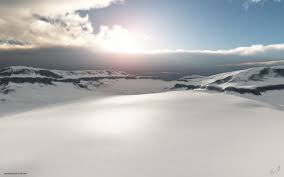 He knew he’d need to head back to camp soon, or he’d die out here in the cold, in the dark, in the loneliness. All the signs he usually spotted on a hunt were teasing him this time, seeming to show themselves and then fading into the grey light of the early afternoon.  Animals were hibernating, camoflauging their nests and dens with instinctive expertise.

Scanning the ground and the sky through his sun-masking eyeshades, Oren came suddenly to attention.  There! Just about an hour’s distance from where he stood, he’d spotted some kind of bird circling down from the sky, then whirl back up again as if it were playing some sort of game.

Oren moved quickly, eyes fixed on the spot where the bird had almost touched the ground.  His clothing blended into the ground and sky, all a dusky white. He crouched low as he ran, and in his mind he was seeking the god of hunger who would direct him and  make his aim true. He needed this kill; not just for himself, but for those in the camp who depended on every hunter to keep their bellies comfortable during the long months of winter.

Conserving his breath and pacing himself as he’d been taught to do, he moved into the target area quickly. He knelt  behind a scraggly  plant whose empty branches clattered together in the wind that was picking up as evening approached. Never taking his eyes from the target area, he readied his bow and his sling.  His breathing was slow and even, barely causing his chest to rise and fall.

And there!  Not one, not two, but three fat birds arrowed toward a larger bush not fifteen strides from where he crouched! Three birds most likely meant there was a flock somewhere not too far away, and Oren scanned the area again, marking his position and memorizing the landmarks that would bring him back here with a couple of helpers.

The birds landed on the branches of the bush, puffing themselves out and huddling close together for warmth.

Because he was so hungry, Oren’s hands shook. He settled himself, calmed himself, then took aim at the bird nearest him. Holding his breath, he released his arrow. It snicked out of the notch, flying straight and true into the heart of the fat snow goose. It fell with a plop onto the snow below, suffering no pain as its heart instantly stilled.

The other two geese instantly soared away, stopping in a taller bush where they were nearly impossible to see.

“It’s all right,” thought Oren.  “I have one bird in my hand. It will help to feed my family. The other two are still in the bush, and they’ll stay around until I can come back with others who will help me flush out the rest of the flock. The two in the bush will be our guides.”

Stuffing the dead bird into his game bag, he turned to collect his arrow. Straightening, he began to run. This time, his feet felt warmer and his body lighter. He could make it back to camp  in half the time it had taken to come this far because he wouldn’t be stopping.

It had been a good hunt after all.

2 thoughts on “The Hunt”