Daily prompt: Who’s the last person you saw before reading this prompt? Whether it’s a family member, a coworker, or a total stranger, write a post about what that person is thinking right now.

My husband left around 7:30 this morning.  He had an appointment to get his van inspected. He’s been working on it for most of a week, fiddling with something called an evaporater; also tinkering with the emission thingy so it will pass our state’s emission control standards.

We’ve been married for almost 45 years. He has ADD.  I know exactly what he’s thinking right now. 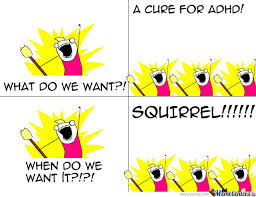 He’s amazing, really.  He gets a lot done. He’s brilliant, especially when it comes to fixing, repairing, rebuilding, re-inventing anything he can do with his hands. He’s an engineer by training, and that profession is perfect for him because he’s always looking for the loophole and how to plug it. Apart from the ADD, he’s an analytical, detail-oriented thinker.  I’ve never, ever called any sort of repairman in 45 years.  Never taken the car to a mechanic. Never called the HVAC guys to install central air. I’m very spoiled. If he dies before I do, it’s going to be a scarey new world.

Anyway, back to what he’s thinking right now. I’m pretty sure he’s working with his previous boss on a project having to do with a new piece of equipment that was purchased just before Terry retired. His boss told him no one has been able to figure out how to use it yet.  So right this minute, Terry’s brain is totally occupied with the mechanics of that new piece of equipment, and he’ll get so absorbed in the details than an earthquake could happen under his feet and he’d be oblivious to it. 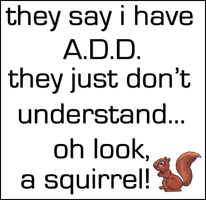 He never wanted to retire. He loves to work. He keeps busy around here all the time with projects he didn’t have the time or energy to do before he retired.  He has to rest often, and that bugs him to death. He injured his foot severely a couple of years ago, and it’s changed his ability to be on his feet all day.  He’s in pain all the time, never free of it, and he gets really tired. So life has changed for him, for both of us really, but it hasn’t changed his churning brain.  His body just can’t keep up the way it used to.

3 thoughts on “What is He Thinking!”