(Whether a person, a pet, an object, or a place, write about something or someone you connected with from the very first second.)

I loved it from my first shimmery glimpse from the car window as we came through the Tillamook range and caught the sparkle through the thinning trees.

I’d always thought of the ocean as a mystical place.  I’ve been a voracious reader since I was able to string together my first few letters, so I’d read a lot about the ocean by the time I was ten.

We had moved from the flat midwestern city of Minneapolis, where there were plenty of pretty lakes.  I loved the lakes, too.  Water has always beena magnet for me. I loved to swim, loved to just sit and watch the waves of those usually tame lakes lapping up against the sand.

My dad was in the U.S. Navy during World War II.

He was in submarines, so he spent a lot of time at sea. He used to talk about it, and sometimes he would get emotional.  For him, that meant the corner of his upper lip would twitch for a moment while he forced down any sentiment, just like he did the day he married Terry and me 🙂

What do I love about the ocean?  I’m really not sure because I’ve never really analyzed it.  Let’s see if I can put this into words.

The vastness. It’s so BIG, and deep, and it circles the world relentlessly.  It’s almost as if all the continents and island are just bobbing like corks on this immense bosomy sea, tolerated but easily overwhelmed if that sea ever decides to rise up and swallow them.

Its color.  I’ve seen ocean water that is submarine grey, clear blue, frothy white. I love the sunsparkle, and the moonpath. I love to watch rain drops splash onto the surface only to be sucked down into the undertow. 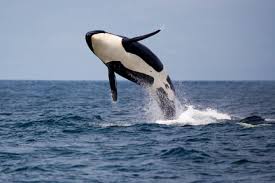 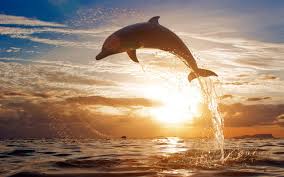 And the sounds of the sea.